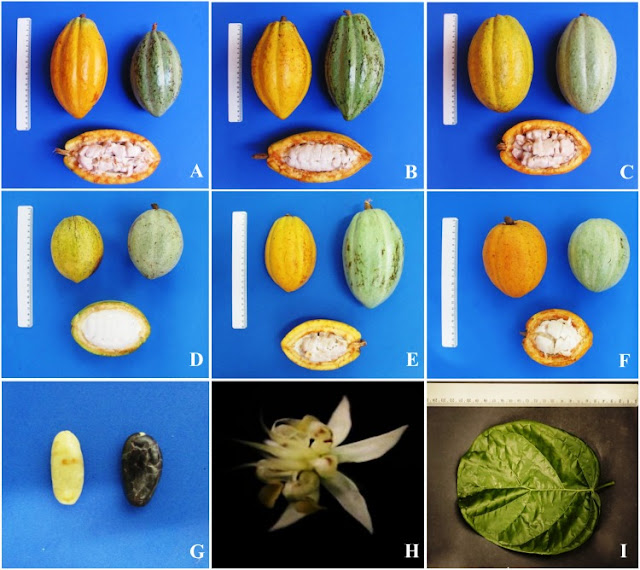 Genetic Structure and Molecular Diversity of Cacao Plants Established as Local Varieties for More than Two Centuries: The Genetic History of Cacao Plantations in Bahia, Brazil


Bahia is the most important cacao-producing state in Brazil, which is currently the sixth-largest country worldwide to produce cacao seeds.

In the eighteenth century, the Comum, Pará and Maranhão varieties of cacao were introduced into southern Bahia, and their descendants, which are called ‘Bahian cacao’ or local Bahian varieties, have been cultivated for over 200 years. Comum plants have been used to start plantations in African countries and extended as far as countries in South Asia and Oceania.

To this end, 30 simple sequence repeat (SSR) markers were used to genotype 279 cacao plants from germplasm and local farms. The results facilitated the identification of 219 cacao plants of Bahian origin, and 51 of these were SIAL or SIC clones. Bahian cacao showed low genetic diversity. It could be verified that SIC and SIAL clones do not represent the true diversity of Bahian cacao, with the greatest amount of diversity found in cacao trees on the farms.

Thus, a core collection to aid in prioritizing the plants to be sampled for Bahian cacao diversity is suggested. These results provide information that can be used to conserve Bahian cacao plants and applied in breeding programs to obtain more productive Bahian cacao with superior quality and tolerance to major diseases in tropical cacao plantations worldwide.